It may not seem that important, but how you pet a dog does matter… to the dog. Because canines are individuals, the “sweet spot” one dog enjoys may be 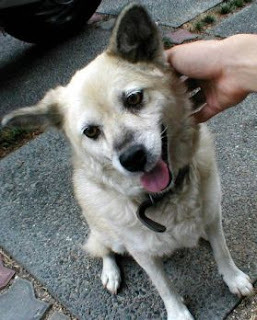 How to Pet a Dog

It may not seem that important, but how you pet a dog does matter… to the dog. Because canines are individuals, the “sweet spot” one dog enjoys may be an area you need to avoid with another, especially if you don't know the dog. It's important to teach children how to touch a dog to keep interactions between them safe and pleasant. Petting seems like a simple concept, but there are some things to keep in mind.

Wait for an invitation

Our first impulse is to reach down to pet a friendly looking dog, but in his eyes that's not a proper greeting. How you greet a dog matters. Ignore him while he takes a few minutes to check you out, and remember to ask the dog's owner for permission to pet him.
If the dog doesn't appear interested in you or is holding back and hiding behind his owner, he may not be in the mood to have someone he doesn't know petting him. He'll let you know when he's ready for you to scratch his head.

Our own pets are comfortable with us because of the trust and bond we've built. We can pet them in ways they wouldn't allow someone else to do, and are much more likely to accept things from us they wouldn't from someone they aren't familiar with. Never try to pet an unfamiliar dog who is trying to move away from you, is cornered, eating or lying down.

Use Body Language to Put Him at Ease

Avoid reaching down towards a dog to pet him. Most canines don't appreciate having a hand swooping down from above. It's a threatening gesture in their eyes. Instead of standing over him, turn your body sideways and don't make direct eye contact, which can be seen as a threatening gesture. Ignore him and allow the dog to make first contact. If he's a shy or timid dog, when he feels you are not a threat he'll approach you if he wants you to pet him. 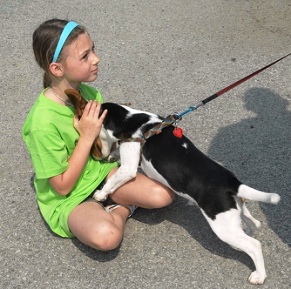 Another way to show you aren't threatening is to sit on the ground or squat down to the dog's level. If he's unsure, turn your body sideways to him or sit with your back to him and wait for him to come to you. Only do this if you know you aren't dealing with an aggressive or scared dog.
This is also a good tactic to use when trying to teach your own dog to come when you call him. It makes him curious, and most dogs will come over see what you're doing. You've put him at ease and he feels more comfortable approaching you.
As long as you ask before giving a treat to someone else's dog, tempting a shy dog with some CANIDAE Pure Heaven treats is one way to get his attention.

Stay away from the head, ears, mouth, tail and paws. The chest, shoulders and base of the neck are the more comfortable areas for most dogs. Move in from the side so you aren't threatening. Some dogs like being touched at the base of their tail, but if you have never interacted with the dog before, it's best to stay around the chest and neck regions. When you've developed a positive and trusting relationship, you have more leeway with where you are allowed to touch. You should be able to touch your own dog anywhere on his body.

Be Gentle and Calm

Use a gentle massaging motion that follows the direction of the fur. The idea is to calm a dog with soft, gentle strokes to help him relax and enjoy being petted. You can tell if he likes what you're doing because he will lean into your hand while you pet him. And he will also let you know if he wants some more when you've stopped petting.
Stay away from patting, slapping or rubbing too hard to avoid getting him wound up or scared. Hugging an unfamiliar dog isn't a good idea, because a hug is perceived as being inhibiting and is uncomfortable for many dogs. Stay away from kissing dogs you aren't familiar with.

Your own pet is willing to give you a lot more latitude because of the bond you've built. We need to touch the ears, tail, paws and mouth so we can cut toenails, brush teeth or clean their ears. We know where they like to be touched during play or while sitting on the couch cuddling. When you show a dog respect, he will give you his.