Currently owned and operated by Richard Karl, was once a hotel and training ground for the Hollywood elite. The fancy four pawed “actors and actresses 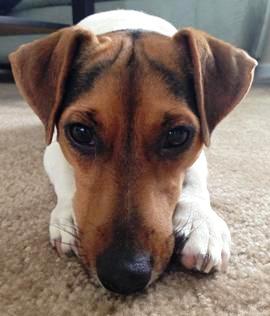 Currently owned and operated by Richard Karl, was once a hotel and training ground for the Hollywood elite. The fancy four pawed “actors and actresses” were brought in to learn to hit their acting cues.
The Hollywood superstars also brought their canines to set up house in their own little personal hotel of sorts. The rich and famous regularly lavished their canines with a visit to the hottest spot in the doggie world at that time.
Carl Spitz, the owner and trainer at this Hollywood hotspot, knew how to make dogs feel like a million dollars.

Carl Spitz, Sr. was the original owner and brains behind the initial Hollywood Dog Training School. Originally from Germany, Spitz got his start working with dogs for movie roles. He learned about dog training from the man that many consider the greatest dog trainer of all time...Colonel Konrad Most. Clearly he learned his lessons well, because he went on to be among the greatest in his own right.

Most Everyone Knows the Dog Toto From the Movie the Wizard of Oz.

Toto was actually Carl’s family dog and was trained under his watchful eye. Toto’s real name was Terry, and the dog became one of Spitz’s most famous clients. Starring alongside Judy Garland, that cute little canine actor was so much fun to watch. Although he was one of Spitz’s most popular clients, he was far from the only one.

Back when Spitz first started the school in 1927, the Hollywood elite would bring him their dogs to be pampered and trained. The accommodations were right out of a Hollywood fantasy, with extravagant playgrounds and beautiful views. The dogs would also have private baths and dryers, and custom menu items made by special cooks. How many dogs do you know that are bathed in porcelain bathtubs? Spitz made sure they had the best of everything for his visitors.

During World War II there was an initiative for a canine corps to help fight the war. Spitz was one of many trainers that helped prepare the dogs for their roles in the initiative. His training skills were highly valued and almost certainly helped keep soldiers safer through that program. 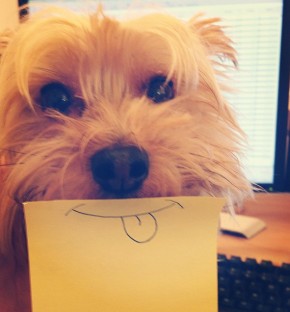 The original Hollywood Dog Training School was located near Laurel Canyon but was later moved when the Ventura Freeway was cut through. They ended up in North Hollywood on Vanowen Street.
Lassie was trained at this kennel location. In fact, the place was owned by Rudd Weatherwax, the original trainer for Lassie.  The school is still located there to this day.

Carl Spitz, for his part, became one of the most influential dog trainers in history. His book, Training Your Dog, is one of the first manuals on dog training to be created.
That book is now a rare find and would be considered a top addition to any book collection on the subject. Spitz trained dogs throughout his entire life and is considered one of the innovators of some of the dog training skills and tricks that are still being used today.

Richard Karl bought the place in 1978 and has since turned it into a training ground for dogs and cats of all economic backgrounds. Although many of the famous Hollywood stars still bring their dogs and cats to the school, the primary function of the place now is to train family pets.
Although the school was originally only for dogs, Karl has added a cat building to the premises so that felines would not be left out. The cat building offers kitties their own areas for sleeping and eating, as well as ample room to play and socialize.

Although the Hollywood Dog Training School started as a place to nurture the Hollywood Elite and train the next canine actors and actresses, the school has now become a place where your dog or cat can go and be the star.