Some of the more challenging dog breeds to train are also among the smartest. Part of the problem with smart dogs is they can think for themselves 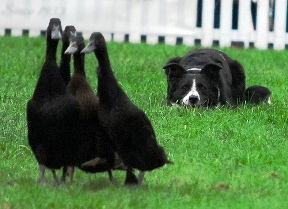 Some of the Hardest Dogs to Train

Some of the more challenging dog breeds to train are also among the smartest. Part of the problem with smart dogs is they can think for themselves and quickly learn how to control their owner.

Dog intelligence is determined by how many repetitions it takes for a dog to learn a new command or task. Breeds considered the smartest learn in just a few repetitions. Canines at the bottom of the list take a lot longer to catch on. It's not that they aren't as bright as the top tiered dogs; they just need more motivation.

can either be one of the most challenging – or easiest – dogs to train. This free thinking, problem solving and sensitive herder is capable of learning new things in just one try, but you can't use heavy-handed training methods.
This breed can be difficult for an inexperienced owner to train because he is an intelligent dog and notices absolutely everything you do. Subtle changes in your tone of voice and hand gestures can confuse him, because he thinks you're teaching a new command. You have to be exact each time with your commands and gestures.

Confident dogs from the hound group. This lovable scenthound has a stubborn streak a mile long, which can cause a novice trainer to throw up his arms in defeat. He needs a good reason to learn. Your best training tool is lots of tasty, healthy dog treats like CANIDAE Pure Heaven Duck or Salmon. Beagles love food, and are willing to learn anything for a favorite treat.
The U.S. Department of Agriculture started the Beagle Brigade in 1984 to sniff out contraband food coming into the country via airports because this cute, friendly and small dog isn't as intimidating as larger dogs.

are super intelligent dogs that will outsmart most first time 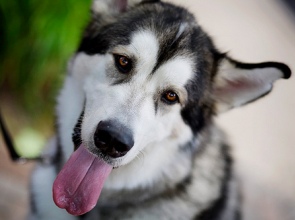 owners. Both breeds are proud, strong, confident, friendly, independent and stubborn. They need a reason to learn, and a patient, committed, fair and soft-spoken leader. You have to respectful, provide motivation, use only positive reinforcement, and understand that these dogs learn at their own speed. These are sensitive dogs that will follow a leader who has earned their respect.

The Black and Tan Coonhound

is an all-American breed developed in the mountains of the Ozarks and Smokies. An expert at picking up a cold trail, this dog is relentless when it comes to tracking raccoon, but he's also fearless and won't back away from tracking mountain lion, deer, bear or other game. Like other tough-to-train breeds, the Black and Tan Coonhound is stubborn and smart. He's also gentle, laid back, friendly, playful and independent, and has a good sense of humor.

Bloodhounds are close to the bottom on “intelligent breeds” lists, but don't mistake his stubbornness for a lack of smarts. A Bloodhound can pick up a scent and follow it successfully to the end, no matter how long it takes. This breed was originally bred to track large game like wild boar and deer, and was favored by royalty.
To make sure the Bloodhound remained as pure as possible, breeders kept precise records of the blood lines. Because of meticulous record keeping, the Bloodhound is considered to be a “blooded” hound – an elite breed in the dog world. 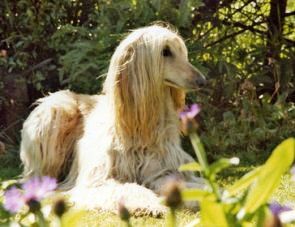 The Afghan Hound is one of the oldest dog breeds. His long, silky coat and regal look give him the appearance of elegance. This breed is proud, aloof, fearless, intelligent and independent. Bred in Afghanistan, this is a true hunting dog that has the courage, speed and stamina to chase down wild animals like snow leopards, jackals, wolves, deer, antelope, marmots and hare.
In their native country, the dogs were worked in packs with specially trained falcons. The dogs flushed out partridges or quail for hunters and the falcons. This dog is extremely sure-footed on rough terrain and very athletic, and is thought to be the most ancient of all breeds dating back at least 8,000 years. Ancient tribesmen of Afghanistan gave this breed the name “the dog of Noah's Ark.”

The Great Pyrenees is a flock guardian dog, developed to work alongside shepherds. Fully grown, this breed can weigh up to 160 pounds, and he has a mind of his own, which makes training him essential. Like other guardian breeds, the Great Pyrenees is capable of thinking for himself to solve problems. These dogs were bred to be independent and work on their own. This dog is a good choice for a watchdog, and his super sensitive sight and hearing are always turned on.

This is by no means a complete list of dog breeds that can be challenging to train.